PTCL Group posted stable revenue of Rs. 117B in 2017. Pakistan Telecommunication Company Limited (PTCL), the country’s leading telecom and ICT services provider has announced its financial results for the year ended December 31, 2017 at its Board of Directors meeting held in Islamabad on February 14, 2018.

In 2017, the Group revenue remained stable at Rs. 117 billion after having declined 1% the year before. As a result of increase inother operating income of the Group mainly due to favourable outcome  of certain legal cases and improved bottom line of Ufone, profit of PTCL Group registered 168% increase during 2017 compared to the last year which included a one off impact of Voluntary Separation Scheme (VSS) offered to staff. PTCL’s 100% subsidiary UBank has continued to contribute positively to the Group results.

PTCL’s flagship and market leading Fixed Broadband service continued its progression and posted  a revenue growth of 4%. Investments made in Charji/LTE during 2016/17 have started yielding positive results with revenue growth of 26%. Corporate and International revenues posted growth of 11% and8%respectively on YoY basis. PTCL overall revenue is down by 2% over last year due to continued decrease in Voice and EVO revenues, which could not be offset by growth in other segments.  In the 4th quarter, the decline of PTCL’s overall revenue reduced to 1% over same period last year. PTCL’s revenue for the year was Rs. 69.8 billion and the net profit was Rs. 8.4 billion, which is 22% higher compared with last year including the one off impact of VSS.

In 2017, PTCL embarked upon an ambitious project of its network’s transformation that will continue with same fervor in 2018, which has resulted in several fully transformed exchanges, giving speeds up to 100 Mbps to PTCL customers. The customer care infrastructure was also upgraded to provide integrated digital channels, customer support, and one-window support helpline – 1218 (Baara Atharaa). On the product and services side, major initiatives included launch of Charji wireless services in Azad Jammu & Kashmir, KPK, Baluchistan and Central Punjab, partnership with Iflix to provide quality content to our customers and launch of Cloud Service that is showing good adoption and growth in the corporate sector. Commissioned this year, AAE-1 (Asia Africa Europe-1) submarine cable is successfully catering to the growing internet bandwidth needs of the country.

To uplift the PTCL brand, key sponsorship initiatives were taken which include partnership with Islamabad United team in Pakistan Super League and FC Barcelona partnership for Pakistan. As a strong supporter of giving back to the community, PTCL conducted the largest nationwide Blood Donation Drive resulting in donation of 9,726 pints of blood and also supported the Breast Cancer Awareness campaign. PTCL also received the ‘EFP Award for Excellence in Women Empowerment 2017’ in recognition of its progressive gender policies and best practices for empowering women at work. 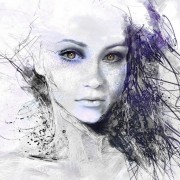 Zong 4G- Most Preferable Network of 2017

The Blockchain Technology and Cryptocurrency