Verbal Abuse. You don’t worth it.”  “Or you are nothing but an irresponsible person”. “Even you have no sense of fashion”. “You cannot do anything in your life”. You often heard one or more sentences from someone in your life. Its not necessary that you have heard these sentences for yourself from someone else. These sentences are  common examples of verbal abuse. Have you ever heard about verbal abuse? No ? You have no idea what verbal abuse is? So lets talk about this kind of abuse which is very common in our society.

Recommended Read: Domestic Violence, its Causes and Effects on Society

What is Verbal Abuse?

Verbal abuse means a type of abuse in which one  person continuously criticizes, degrades, denounces or insults the other one by his words or language. Verbal abuse is also called as verbal assault.

Why it is Called Abuse?

Verbal abuse is the most common and unknown type of abuse. Why unknown? Verbal abuse does not considered as abuse by most of the people. Sometimes, it is habitual for a person to degrade others or someone does it for the fun sake. But it is not good to degrade or insults others in anyway. It is called abuse as it the worst type of abuse. The wounds on your body, as a result of physical abuse, will heal up after sometime but the wounds on your soul, as a result of a verbal abuse, will not heal up with the passage of time. It is a common saying “A tongue has no bones but it is strong enough  to break a heart.”
It is the most devastating type of abuse as it targets the emotional and mental health of a person. The verbal abuse can result in various type of psychological problems.

What Does Not Include Verbal Abuse

This form of abuse does not include occasional abuse. If someone is being ignorant to his duties or someone is ill mannered then to abuse him to mend his ways does not considered verbal abuse. Verbal abuse is continuous practice of someone to humiliate others just to show his dominance and authority.

Following are some of the effects of verbal abuse.

It is a type of abuse which effects others emotionally. Verbal abuse is a type of emotional abuse. Continuous abusing and degrading can lead to emotional breakdown and pain. The abused person stop believing in himself.

Continuous verbal abuse can effects someone performance in his daily routine. The abused person starts believing that he is unable to do anything properly or he is not good at anything.

How to Stop It

It is very important to stop verbal abuse as we are facing this problem in day to day life. It is a beautiful and thoughtful saying that “You should taste your words before spitting them out.”
In today’s era, it is more important to uplift others for a brighter upcoming future. To help others and to ignore their mistakes instead of being abusive can help us in building a better future for ourselves and others. So be positive and stop verbal abuse. 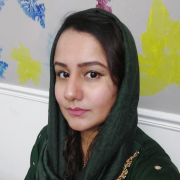 Why Startups Fail? The Game of Myth vs. Reality in Startup Foundation

Top 5 Universities of KPK Imparting Best Education in the Province