A (Bloody) Civilian in an Army Institution. It is more like a fashion among youth to take a break from formal education just after graduation in order to catch breath and take a look at life beyond books. Following the same middle-of-the-road, I took refuge under the youth argots of self-reliance and independence (which is impossible) and started my search for a job that can help me bear at least my personal expenses consisting mainly of food, food and food. After eventually getting my hands on one, two years went like it was two weeks. Time flies!

Sudden realization of lagging behind my contemporaries in this time of elevated competition ignited my search for suitable institutions that can be honored by me becoming a part of them. The condition was, obviously, to find a place within the city and that also in the nearest radius to save myself any extra hustle than what my job has already entitled me to. Securing offers from at least two well-known universities of the government sector surely made me feel like a winner. Both institutions contained almost equal weightage in terms of academia as well as repute. The only difference: one of them was a sada sarkari university, while the other one was administered by the Military Forces. Like any other Pakistani, I took pride in opting for the military run educational institution like a patriot.

Expectations were high since day one. Previous experience of five years in a cadet college during my teens channelled my imagination. Officer-like treatment but strict discipline and high protocols were on the list. Prospects of being exposed to the military elite, knowledgeable soldiers and war veterans were tall. In a nutshell, the excitement was overwhelming.

Spending time in an educational institute dominated by defence forces unveiled a number of unsettling facts regarding existence of civilians in the world of uniform bearers. The first semester was entirely about security clearances and background checks. Details demanded in numerous forms for registration were pretty much sufficient to help any investigative agency to know all about the students. Yet it took the military administration nearly a full semester to issue university identity cards.

Spending time in an educational institute dominated by defence forces unveiled a number of unsettling facts regarding existence of civilians in the world of uniform bearers.

Meanwhile, it was ascertained that delay in clearances, by whatever security system the management had adopted, was the fault of (bloody) civilian students. In lieu of punishment of the same fault, you were not only required to submit their original computerized national identity cards at the outer gate but also answer interrogatory style queries of duty NCOs – who keep on changing every day – at the gate regarding the purpose of your visit, daily. You are the biggest security risk if some day you forgot to bring your CNIC along and you are more than welcome to miss your lecture in a system where attendance any less than eighty per cent will render you unqualified to sit in the terminal exam.

The security thing gets more interesting. The ID cards or security cards which were issued in the first semester were ‘temporary’. They were required to be replaced with the permanent ones in the next semester (of course if you happen to pass). For this you’d be expected to submit a fresh photograph as well as another copy of your CNIC to secure a permanent card. Oh! Did I mention surrendering your temporary security card? Well, you’ll have to surrender your temporary security card as well and resort to the old way of entering the premises every day – interrogation at the gate. Only this time you will have to get your new fee challan slip signed by the hon’ble Lance Naik sitting at the gate to enter. More interesting is the fact that if you have a car, your car will never be searched. Feel free to transport anything inside.

The second-class citizen treatment is not limited to the process of entering the premises only. The uniformed creatures within the premises will make sure that you do not miss the feeling of being an underprivileged creature at any time while in the vicinity. Parking the car; trying to reach the library; and sometimes entering your own department building can be a challenge. Premises with more out of bound areas and less in-bound areas will make you realize how unwanted you are in there and how great a favor they’ve entrusted you with to let you enter.

The uniformed creatures within the premises will make sure that you do not miss the feeling of being an underprivileged creature at any time while in the vicinity.

The military corner of the institute was dominant on the orientation day. Classrooms, halls and dining rooms bore glimpses of some royal British interiors. Rocking chairs in well-equipped civilian classrooms was love at first sight for the students, especially those who had an exposure of government educational institutes very different from this one. However, further interaction revealed that most of the furniture was damaged or broken. And, of course, getting the furniture repaired for second-class ‘civilians’ was never the priority of the prestigious military administration. Trust me, it was both heart-breaking and back-aching.

Previous exposure to military was mostly challenging entry into their premises only. It had never felt right to be treated like an alien at cantonment gates. Every trip to military areas was equally painful and disgraceful. However, despite all the unpleasant experiences, the love for country’s military forces never has dwindled died in the hearts of majority civilian population. Nevertheless, the experience of briefly becoming part of a military institution left some unpleasant memoirs in the lives of many students like me. But of course in a country like Pakistan where military forces are considered a sacred cow, expression of dismay towards the attitude that these mega institutions adopt when dealing with civilians can land you in kind of troubles you might never have imagined. Ya’Allah kheir!

Going back in history, Voltaire, who spent three years at the court of Fredrick the Great of Prussia, famously said:

“While some states have an army, the Prussian army has a state.”

The world, today, has other claimants to that distinction. 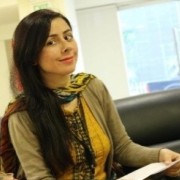 Imran Khan to Contest For Five Seats in Election 2018